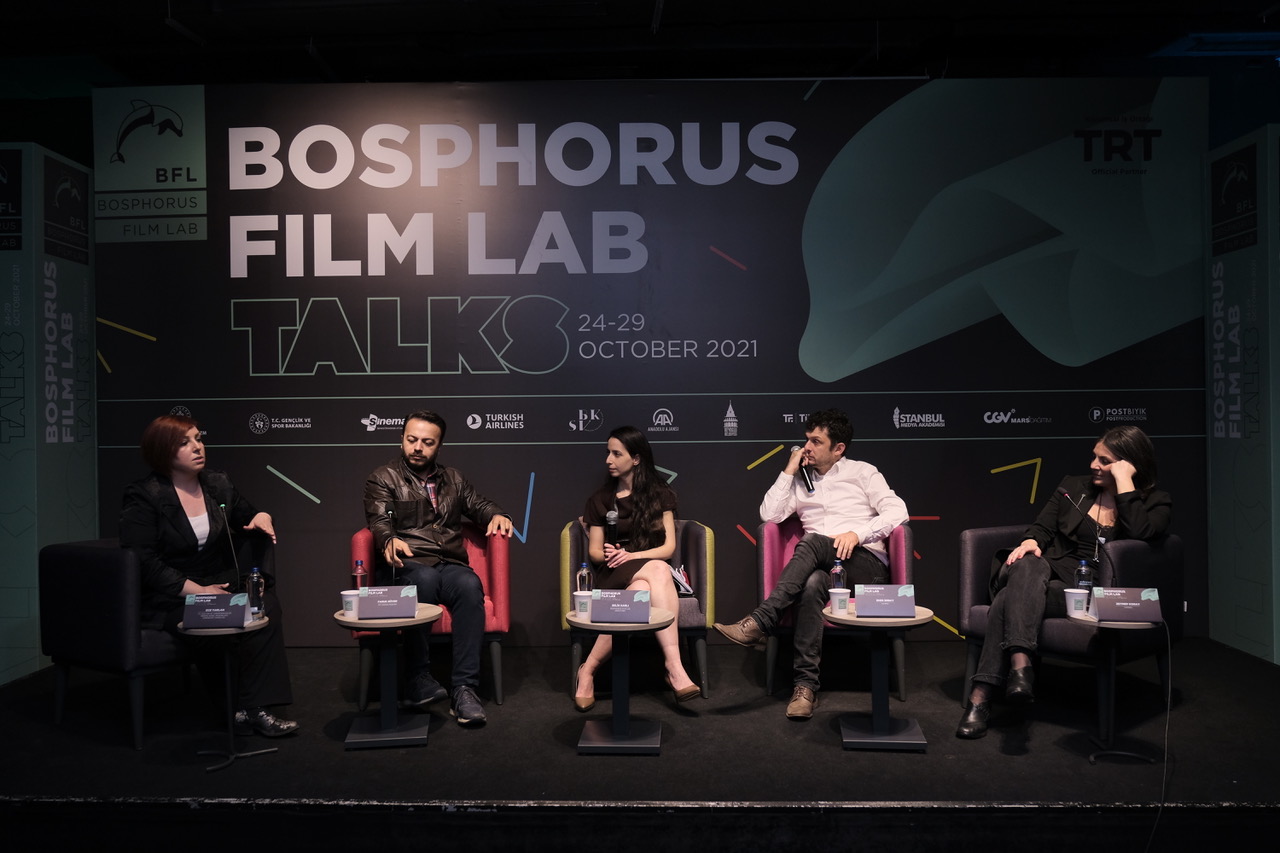 First to speak was producer Enes Erbay and on being asked about the funding process, he said that he wanted to become part of the film his Spanish friend was making, after TRT announced their support for Minority, they applied to TRT 12 Punto and received the support. Erbay stated that the only condition the ministry asked for when giving funds was to spend half of the money in Turkey.

Eurimages Representative Ece Tarlan was asked how they applied for the fund and the contribution of Eurimages, she replied that “When applying for the funding support from the ministry, you have to apply on E-devlet, the conditions are different from Europe and much easier.” Tarlan stated that Eurimages found the projects approved by the ministry qualified and if there are several of them, they select the best one.

Producer Zeynep Koray was reminded that they received the fund from TRT without the support of the ministry. Koray said, “I met the director of the project in 2019. I was very interested in the project and we got along well with the director. I then returned to Turkey. The ministry and TRT announced their co-production fund afterwards. We received a positive response from TRT. Coming together with producers from different countries allowed me to widen my network.” Koray said she applied in the first year, thought about how she could strengthen the contributions in Turkey and was able to form meaningful partnerships during the writing process.

“The aim is to establish networks.”

TRT Cinema Manager Faruk Güven talked about the details of the two projects and said that “We started 12 Punto in 2019 and as of 2020 we started giving international co-production awards. We wanted at least one Turkish producer in the projects.” Güven said they aimed to establish networks and get feedback from them. Güven added that they seeked films with the potential of being unique and international.

With the contribution of the Republic of Turkey Ministry of Culture and Tourism Cinema General Directorate, official partnership of TRT, support of Global Communications Partner Anadolu Agency, official partnership of Beyoğlu Municipality and organized by the Bosphorus Culture and Arts Foundation, the 9th Bosphorus Film Festival will be hosting significant names in the sector along with internationally acclaimed cinema porfessionals in Istanbul. Details and inquires on films, events and screenings could be reached on www.bogazicifilmfestivali.com and on social media accounts.