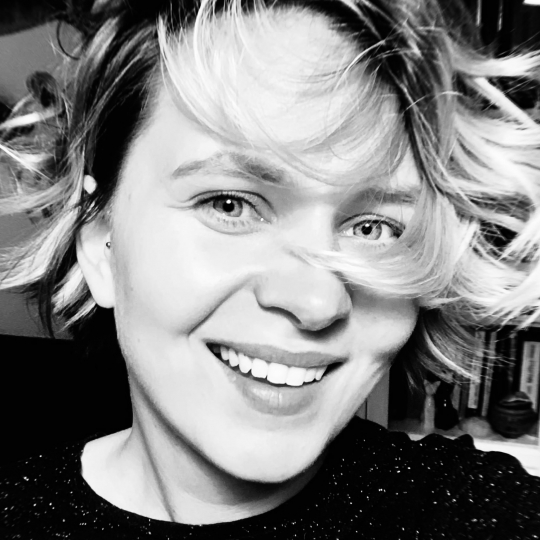 Kamila Morgisz is a graduate of Lodz Film School and London Goldsmiths College. She’s been gaining her professional experience since 2007, taking part in numerous fiction, television and advertising projects in Poland. Currently she’s working for the main funding body for film production in Poland where she oversees subsidies and incentives programs. She’s interested in sustainable operating methods in film production. 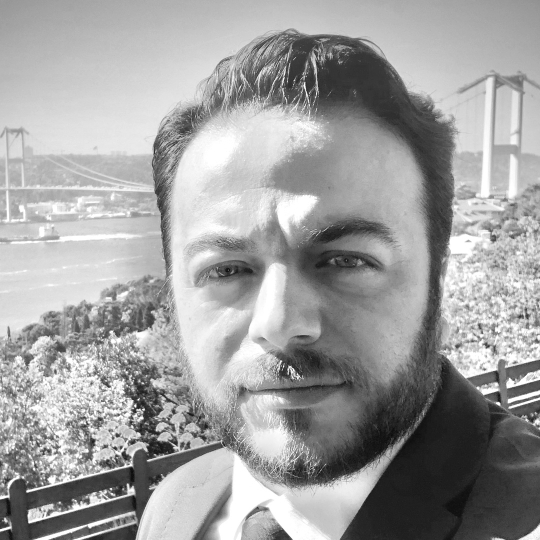 Started his career as an assistant producer in 2008 at News and Sports Department at TRT (Turkish Radio and TV Corporation). Produced more than 100 episodes news, sports, economy and documentary shows. He did his first masters degree in business and finance in Turkey. He went to Los Angeles for the second masters degree. He graduated from New York Film Academy Master of Fine Arts in Filmmaking. He produced and directed several short movies in Los Angeles. From 2014, he has been working for TRT Television Department as an executive producer. He has worked as an executive producer for more than 10 feature films, mini series and short films for TV. Now, he continues his career as the Head of Co-Productions at TRT. For three years, he is a jury member for International Emmy Awards in TV Films and Mini Series Category. He is also a member of TV Committee at European Broadcasting Union (EBU) since 2019. 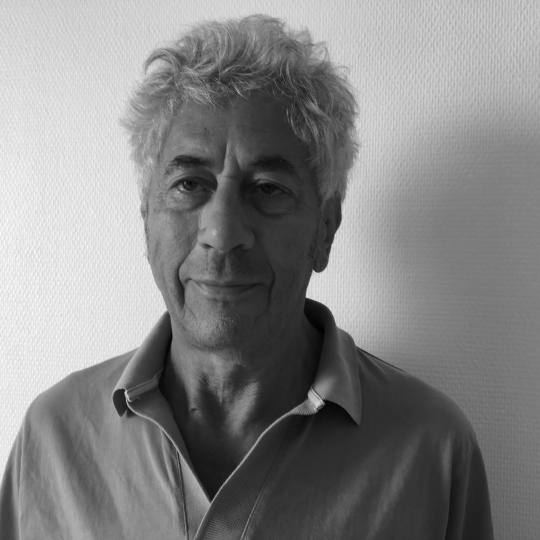 Georges Goldenstern was at the beginning of the channel ARTE and created Arte France Cinema, where he works as General Director and head of acquisitions. Since 2002, he is Executive Manager of Cinefondation. 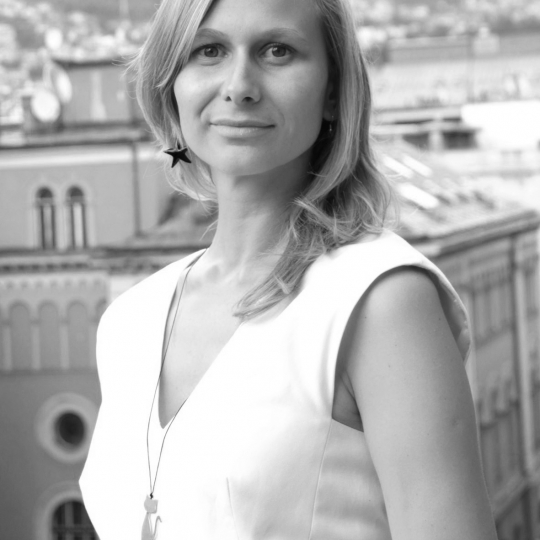 Elma Tataragić (1976) is a scriptwriter, professor and festival programmer. She graduated Dramaturgy at Sarajevo Academy of Performing Arts and obtained her Master of Science degree and PhD in Film and Literature. She has been with Sarajevo Film Festival since it was founded in 1995, where she now works as selector for Competition Programs and CineLink Industry Days. She co-wrote short film FIRST DEATH EXPERIENCE (2001) and wrote and produced short NORTH WENT MAD (2003), both directed by Aida Begić. She has produced and co-written the feature film SNOW (2008) also directed by A. Begić, shown in the Semaine de la critique at Cannes Film Festival 2008, where the film won the Grand Prix. The film has been shown at over 80 festivals and won over 30 international awards. She has been teaching screenwriting at Sarajevo Academy of Performing Arts since 2002, now as a professor and Dean for International collaborations and scientific-art research. She has been awarded Best Teacher at the Academy of Performing arts in 2008, 2011 and 2019. She was also awarded with “Ivica Matić” Association of Filmmakers Award in 2008 and 2016. She is member of European Film Academy and has published two books on screenwriting and is also works as a script consultant. In 2016 she has completed her short fiction film I REMEMBER, which was screened and awarded at numerous film festivals. The feature film WHEN THE DAY HAD NO NAME (2017) directed by Teona Mitevska which she has co-written premiered in Panorama Special at Berlinale 2017. GOD EXISTS, HER NAME IS PETRUNYA, written by Elma Tataragić and directed by Teona S. Mitevska, has premiered at Berlin Film Festival Competition in 2019, while the film STITCHES, directed by Serbian director Miroslav Terzić and written by Elma Tataragić has opened in Panorama section. Both films are currently touring film festivals and winning awards including the Best Screenplay Award for Elma at Las Palmas Film Festival in Spain. She’s currently developing two new feature films and a new short experimental film. She was General Secretary of the Association of Filmmakers in Bosnia and Herzegovina in period 2001-2019 and in 2019 she is elected president of the Association. She is also head of all the programs in the Association of Filmmakers. 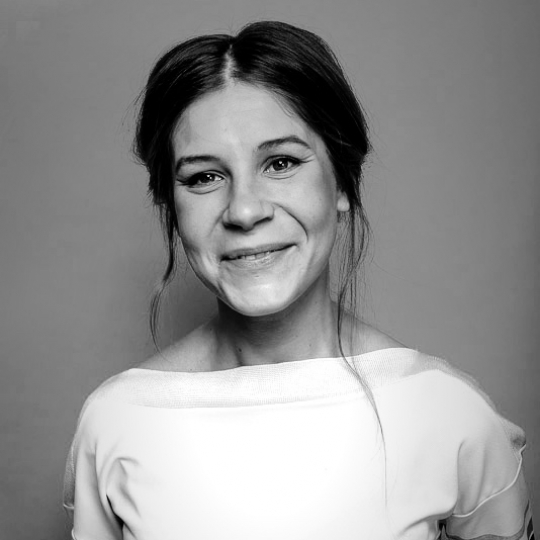 Aistė Račaitytė is currently heading VIlnius IFF “Kino pavasaris”, which is the largest Lithuania’s film festival, programme and does acquisitions for its daughter company Kino Pavasaris Distribution. Aistė’s academical background is in Film and curatorial studies (BA in Film studies at Lithuanian Music and Theatre academy and MA in Film Curating at Birkbeck College, University of London). She did an internship at British Film Institute and was actively working as film critic and film curator since 2013. 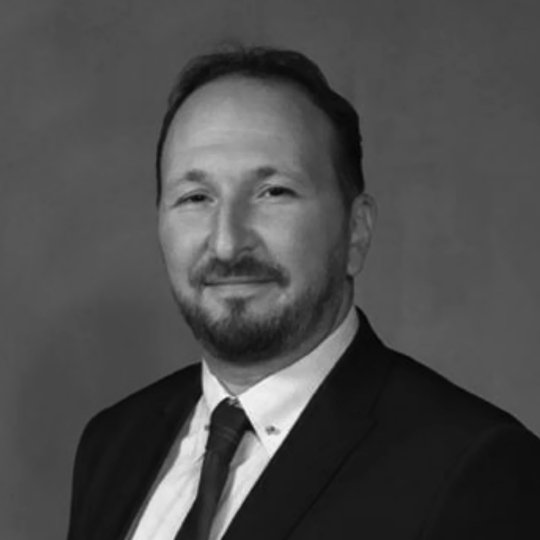 Serdar Can was born in Munich in 1978. After living in Germany for 17 years, he returned to Turkey. Graduating from Istanbul University, where he studied German Language and Literature, he started his career in film industry in 2000. Since then, he worked as a Manager, Regional Manager, Film Programming Manager and Operations Senior Manager within various movie theatres of CGV Mars Entertainment Group. He has been working as a Chief Content Officer and Distribution General Manager of the company since February, 2018. Having worked in different roles in film industry in his 18-year career, Serdar Can speaks German and English fluently. 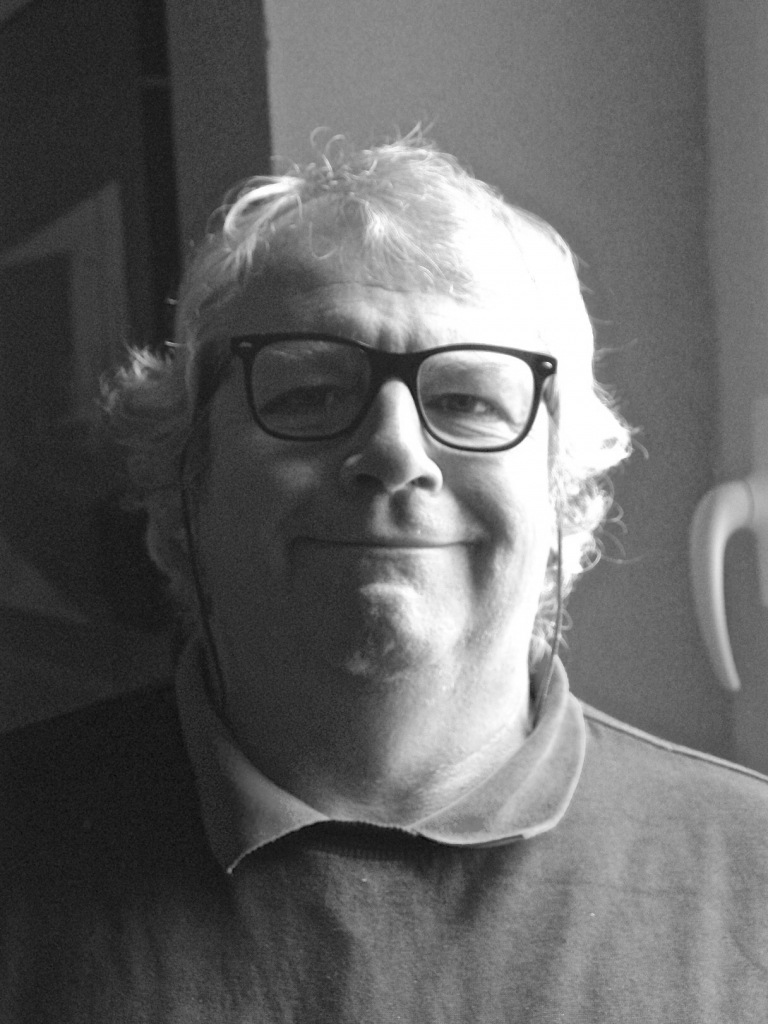 Giovanni Robbiano (Genova, 25 November 1958) is a screenwriter, director and producer born in Genova, Italy in 1958. He studied film in Bologna and later at Columbia University in New York as Fullbright student; studied with Emir Kusturica, Marcia Nasatir, Stephan Scharff, Ralph Rosemblum and others. After returning to Italy he worked as a screenwriter and directed three features: Figurine (1997) 500! (co-direction, with L. Vignolo and M. Zingirian - 2001) and Hermano (2004) and a tv movie. He later wrote many other film, documentaries and tv series in Italy and Europe. He worked also as creative producer and for the series “Kommissar Rex”. He is co-writer of “TF45”, prime time serie (8x96min) for “canale5”.  Since 1998 Robbiano has been teaching at many universities in Italy, Bologna, Iulm Milano, Genova, Roma and has been visiting professor at the Universitè D’Evry - Val D’Essonne (UEVE) in France. He has been a trainer for the Media program of the EEUU since 2000 working in many different countries of Europe; he has been for 16 years senior trainer at Mediterranean film institute in Greece. Lecturing at the International Forum of the Hong Kong International Film and TV Market, as well as Venice Film festival and Berlinale. Between September 2015  and 2017 he has been the head of international department at FAMU in Prague, Czech republic. He currently works for Bosphorus filmlab in Istanbul, RICTS Bruxelles, IADT in Dun Laoghaire, Ireland and for Open doors at Locarno film festival, he has been a trainer for NFS in Roma, head of studies at Docskool in Kathmandu, Nepal and faculty member at FIOFA, Ochrid. He directed and trained workshops in Macedonia, Nepal, Morocco, Indonesia, Kazakhstan, Lebanon and Bangladesh. Since 2020 he is the head of 010 films production, a company based in Italy, 010 has been producing the pilot for the serie MIV: morti in vacanza and the short: destination paradise coproduced with Czech republic and Germany, at the moment 010 is developing series and features in association with various companies throughout Europe. He has published a book on screenwriting, and different other essays and articles.  Since 2013 he is a member of the European Film Academy. 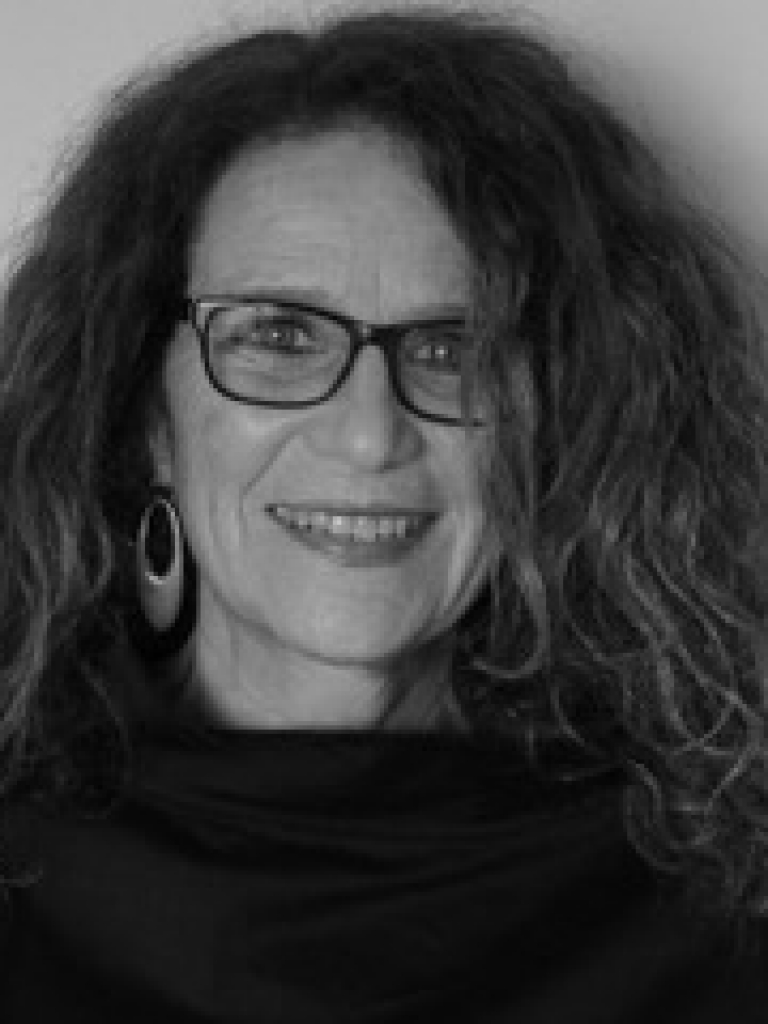 Gabriele Brunnenmeyer is a script mentor, project consultant and pitching coach. After  starting as a journalist and film critic, Gabriele works in various fields within the film  industry. She was running the MEDIA Antenna Berlin-Brandenburg, has been an artistic  advisor for the Maia Workshops, developing events including Connecting Cottbus, IDM Film  Conference Incontri and currently MDM’s Meet Your Neighbour in Leipzig.  For the last 14  years,  Gabriele was involved in the scouting of emerging talents as a project advisor for the  talent film section of the German Funding Foundation Kuratorium Junger Deutscher Film.  Alongside consulting on script development, packaging, and pitching for individual projects,  she consults for the First Films First script development programme, Midpoint Feature  Launch, Baltic Pitching Forum, FilmProSeriesEA, Interfilm Script Pitch, Cannes Court Métrage,  Euro Connection Clermont- Ferrand, Berlinale Talents and Sarajevo Talents among others. 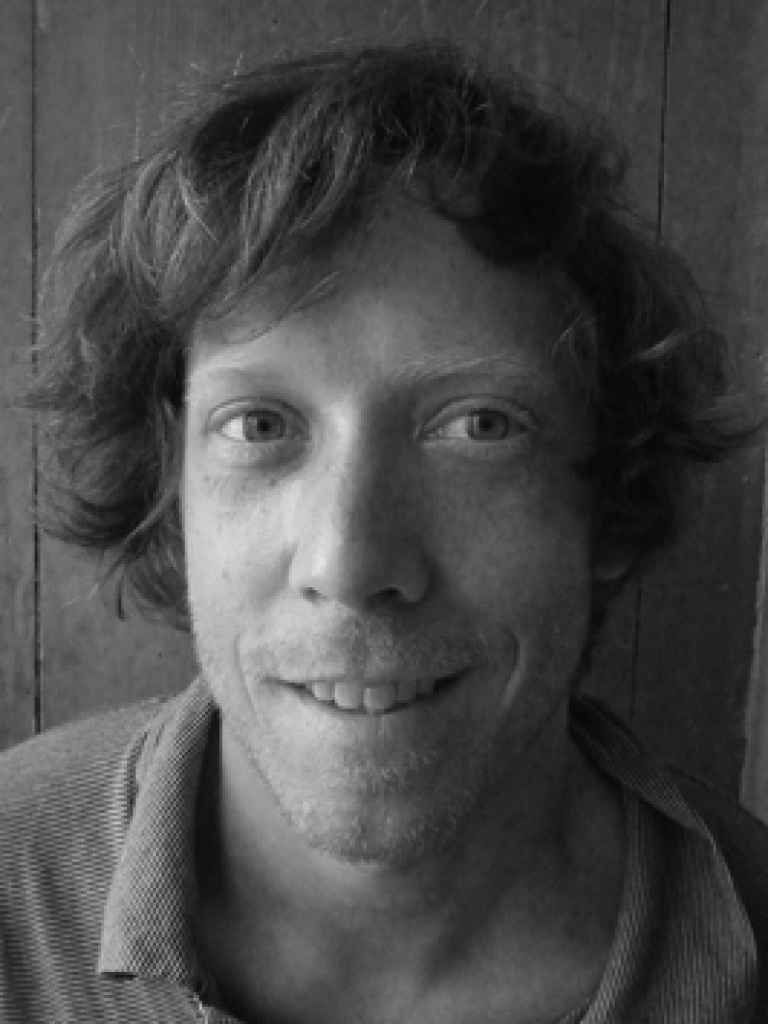 Benjamin Mirguet is an editor, consultant, director, festival curator. As an editor, he was involved in films such as Batalla en el cielo (Carlos Reygadas), Meteora (Spiros Stathoulopoulos), Dau (Ilya Khrzhanovski), The Sky Trembles and the Earth Is Afraid and the Two Eyes are not Brothers (Ben Rivers), Rey (Niles Atallah), Memory House (Joao Paulo Miranda Maria), and recently Il Buco (Michelangelo Frammartino). Programmer at the Directors' fortnight in 2010 and 2011, consultant editor for First Cut Lab since its first edition in 2015, he also designed a Trailer Workshop for the Istanbul Film Festival and is editing tutor for Doha Film Institute’s Qumra. Benjamin directed the short film The Dead Hear Not The Bells, which premiered in Premiers Plans Angers and IFF Rotterdam. He’s developing his first feature film. 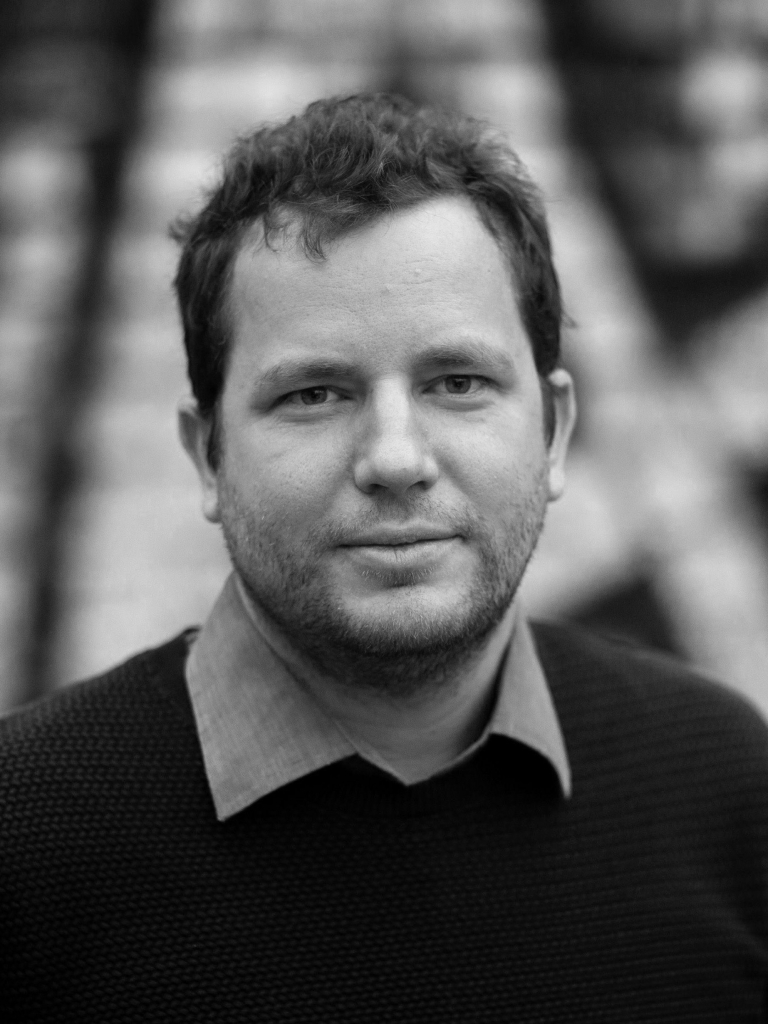 Matthieu Darras designs and leads several programs of film/talent development and consultancy that are active worldwide: the First Cut Lab, the Pop Up Film Residency, and the Full Circle Lab. Previously, he founded and directed the European Network of Young Cinema NISI MASA, wrote for the film magazine Positif, and was the artistic director of the TorinoFilmLab. Matthieu Darras worked for major film festivals in Europe: as a programmer for the Cannes Critics’ Week, as a consultant for the Venice Film Festival, and as a delegate for the San Sebastian Film Festival. He also directed the Bratislava Film Festival. 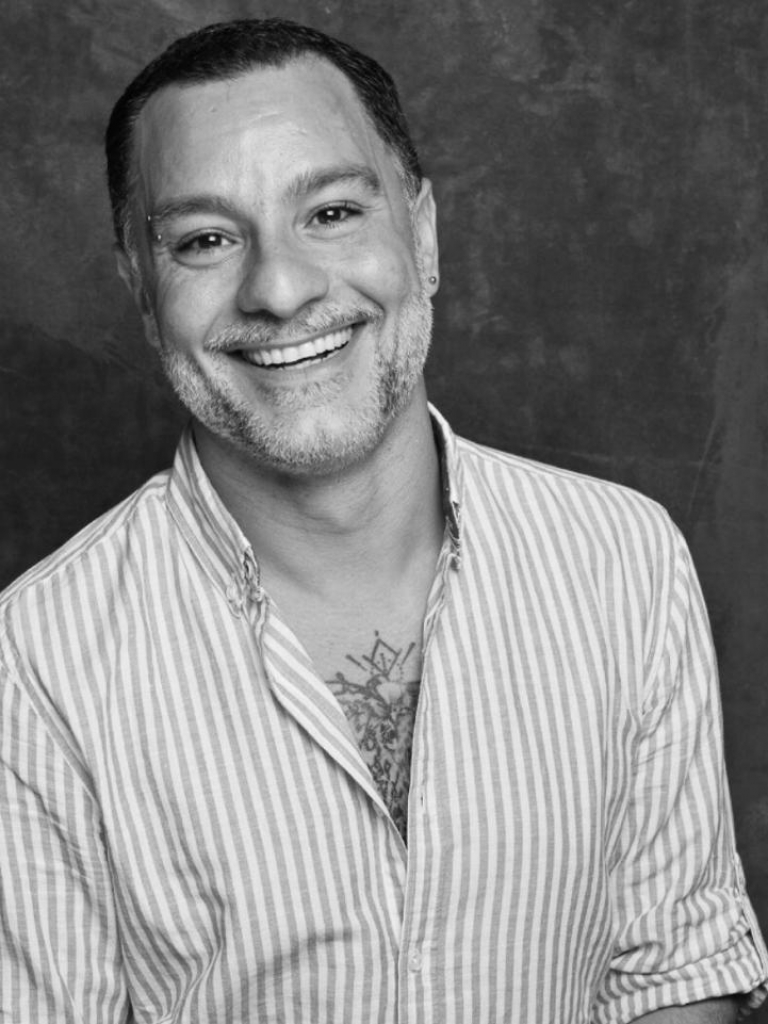 With more than 18 years in the industry, Chadi Zeneddine is a writer-director and festival programmer, based between Beirut and Buenos Aires. Holder of a MA in Film Studies, he then pursued his PhD in Film & Philosophy at the Sorbonne. His first feature "Falling From Earth" was selected in 45 film festivals before signing a 3 year development deal with Walt Disney International Studios. In 2010 he joined the Doha Film Institute; working with the executive management on its mission and vision including advising for the film financing and grants departments and being part of the selecting committee for 8 years. Until 2018, he was managing the Film Programming team and part of the core team that created QUMRA, supporting young talent from around the world. He participated in several juries and film funding commissions. Since 2021 he is the head of the Cairo Film Connection in Egypt, and still consulting for various film festivals and institutions.

Lithuanian film producer Marija Razgutė has been running a film production company M-Films since 2008. Meanwhile she has produced films such as RUNNER (2021), NOVA LITUANIA (2019), SUMMER SURVIVORS (2018), THE SAINT (2016). Marija works with the most talented new generation of filmmakers such as Marija Kavtaradze, Andrius Blaževičius, Vytautas Katkus, Karolis Kaupinis and Ignas Meilūnas. Since 2011 Marija Razgutė is an active member of Independent Producers Association of Lithuania. Marija is also a graduate of EAVE Producers Workshop 2016, Producer on the move 2020, ACE Producers 2020. She is a member of European Film Academy since 2015 and EWA Network since 2018, a host at Pop Up Film Residency Vilnius since 2020. Marija Razgutė has become a Producer Tutor for Midpoint Shorts program since 2019. 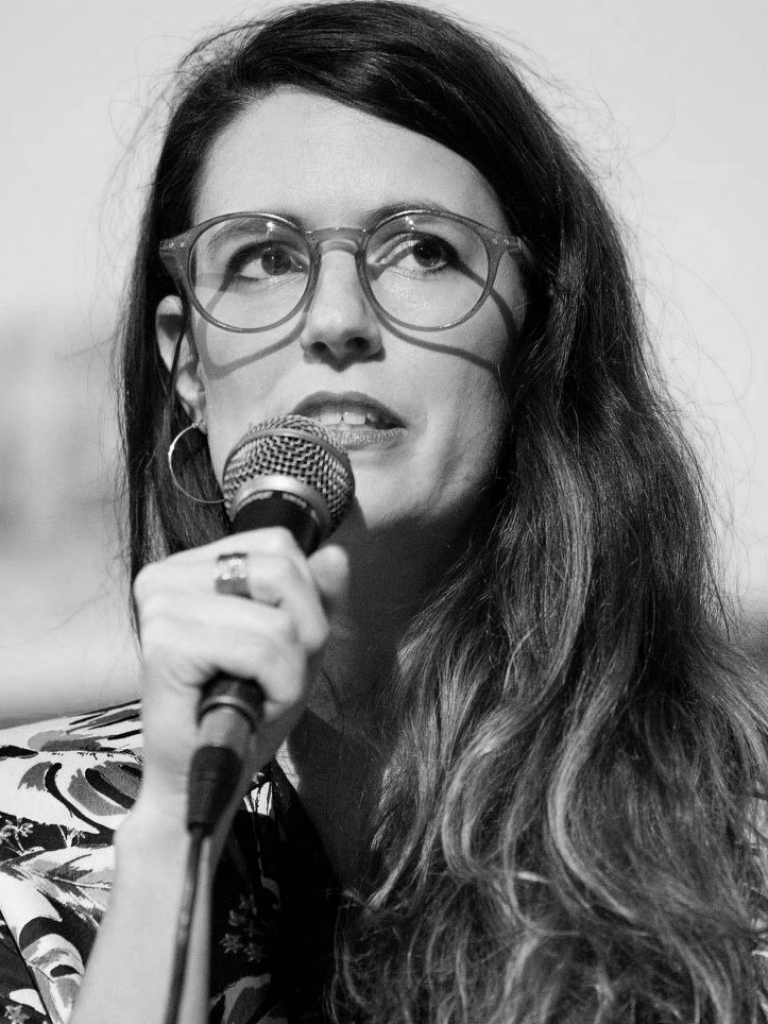 Ilaria Gomarasca, former Pyramide International’s Festivals Manager, who handled the launch in the international festivals’ circuit of award-winning films such as EFA winner Patricio Guzman's trilogy (Nostalgia for the light, The Pearl Button, The cordillera of dreams), the Golden Globe winner Leviathan by Andrey Zvyagintsev and three Golden Camera winners (Party girl, Land and Shade and Our mothers), is an independent film professional with over 10 years of experience. Ilaria is Head of First Cut+ (part of First Cut Lab) a new program supported by Creative Europe’s MEDIA, created for boosting promotion & audience engagement strategies for films at the stage of postproduction, predominantly from European countries with a low production capacity. Since 2017 she is consultant and member of the selection board for several film festivals including De Rome à Paris (France), Cinemania (Québec), FIFF Festival du Film Francophone de Namur (Belgium) and festival strategy and audience development advisor to independent producers or during international workshops (IFeature UK, First Cut+, Eurodoc, Cannes Court Métrage). 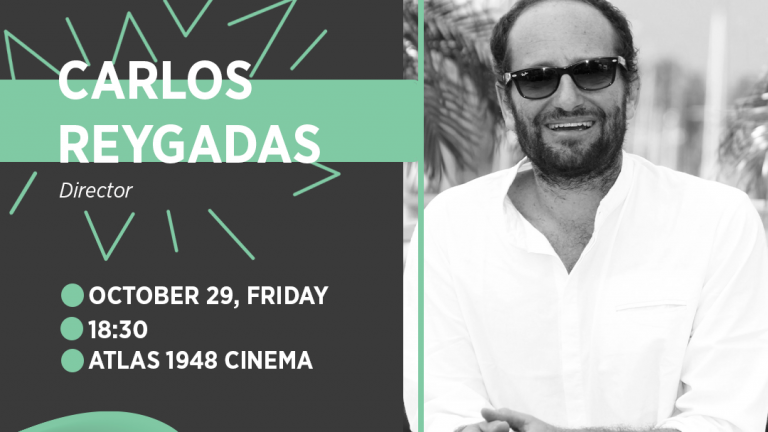 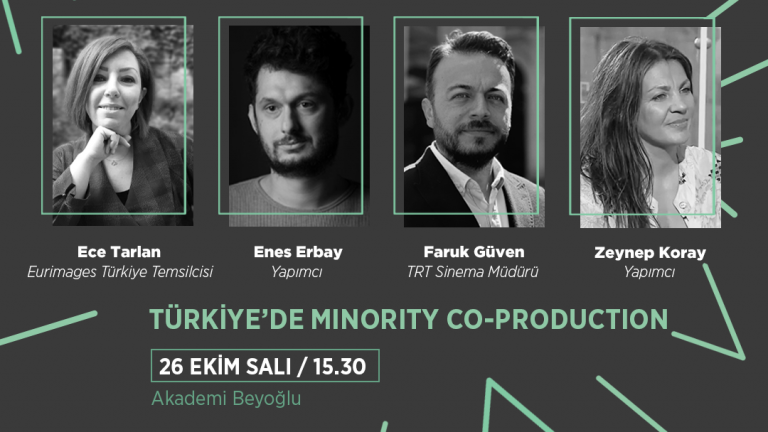 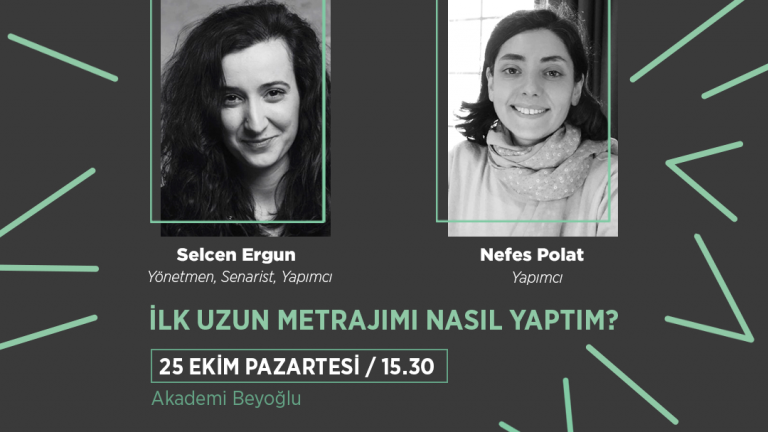 Director Selcen Ergun and producer Nefes Polat will speak about their first feature “Snow and the Bear” and share their production experiences.

TO CARNATIONS A SONG