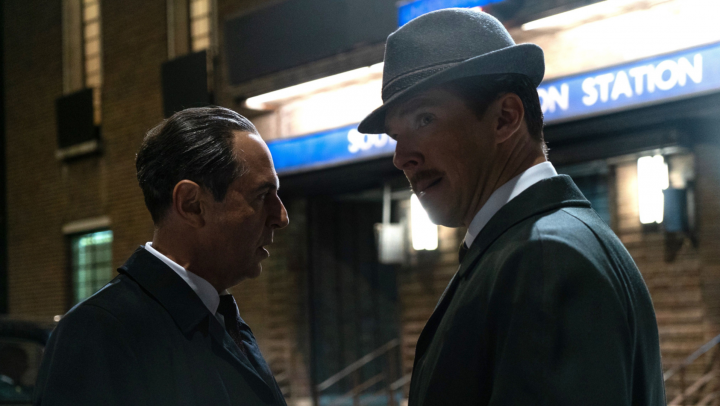 With the slogan #AgainstAllOdds, tickets of 8th Bosphorus Film Festival setting to host cinephiles in theatres following the social distancing codes are on sale!

Organized by Bosphorus Culture & Art Foundation with the contribution of Republic of Turkey Ministry of Culture and Tourism, General Directorate of Cinema, and support of Global Communication Partner; Anadolu Agency, 8th Bosphorus Film Festival - to run from 23-30 October this year - is on the boil for hosting the audiences in accordance with the precautions necessitated by General Instructions on the Controlled Normalization Process in Culture and Art Facilities.

With physical screenings in Beyoglu and Kadıkoy movie theatres, 8th Bosphorus Film Festival will showcase an enriched programme of 60 films from 30 countries.

Starting from today, festival tickets are available on mobilet.com.

In addition, the festival followers will be able to follow the detailed info on films and screenings at www.bogazicifilmfestivali.com and from the festival’s social media accounts.

Festival will Open with “Sun Children”!

8th Bosphorus Film Festival’s opening film will be Majid Majidi’s “Sun Children” that world- premiered at the Main Competition of 77th Venice Film Festival with Marcello Mastroianni Best Young Actor Award granted to Rouhollah Zamani. Having won Best Editing and Best Actor awards with his film “Beyond the Clouds” at the 5th Bosphorus Film Festival where it had its Turkey premiere, Majid Majidi’s latest film “Sun Children” is the story of Ali and his three friends who work hard to earn their living.

All the titles within the International Feature Film Competition will have their Turkey premieres at the 8th Bosphorus Film Festival and “Kodokushi” and “Sadece Farklı / Just Different” will be showcased both within national and international competitions!

Important Information on the COVID-19 Precautions

To run from 23-30 October, 8th Bosphorus Film Festival screenings will be made implementing the precautions specified by “General Instructions on the Controlled Normalization Process in Cultural and Artistic Facilities” dated as June 23, 2020 necessitated by Republic of Turkey Ministry of Culture and Tourism, Directorate General of Investments and Enterprises.

Bosphorus Film Festival will realize physical screenings in movie theatres this year as well with a programme re-determined according to COVID-19 precautions. In accordance with the precautions, movie theatres will be prepared a while before the screenings and guests will be accepted gradually in a way to prevent crowd-gathering. Warning signs will be placed on the floors indicating the physical distancing conditions of 1.5 meters. At the entrance, audiences will be subject to contactless temperature check and those who have higher temperature than 37.5 degrees will not be accepted to the theatre and will be sent to a health institution instead. In addition, hand sanitizers will be placed at the entrance and audiences/participants will be accepted to the theatres after disinfecting their hands. Necessitating the audiences to wear masks inside the theatres and halls, a seating arrangement will be made in accordance with the social distancing rules where the front and adjacent seats will be empty. And the ventilating systems of the halls will perform during the screenings with hundred percent fresh air. In case crowds gather at the lounge after the screenings, the attendants will direct the audiences to the exit in accordance with the social distancing code. And floor signs, lanes and barriers will be placed reminding the social distancing rules in order to prevent the crowd gathering at the information desk, buffet and restrooms.