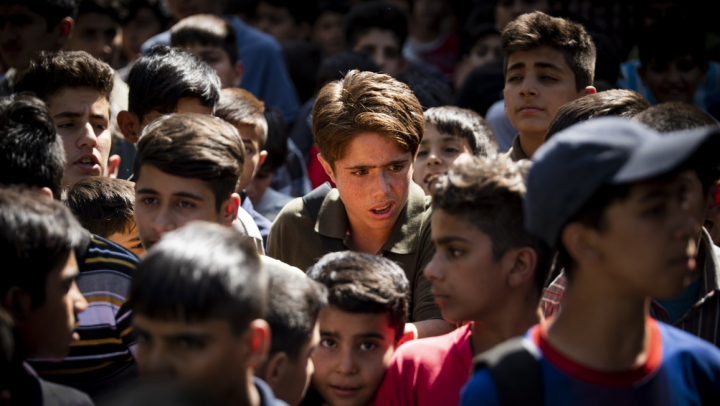 Organized by Bosphorus Culture & Art Foundation with the contribution of Republic of Turkey Ministry of Culture and Tourism, General Directorate of Cinema, and support of Global Communication Partner; Anadolu Agency, 8th Bosphorus Film Festival’s eagerly awaited opening film has been announced, which will run from 23-30 October this year. Inviting the cinephiles to theatres with the slogan #AgainstAllOdds, 8th Bosphorus Film Festival’s opening film will be Iranian master director Majid Majidi’s “Sun Children” that world premiered in September at the Main Competition of 77th Venice Film Festival and brought Marcello Mastroianni Best Young Actor Award to the actor Rouhollah Zamani.

Having won Best Editing and Best Actor awards with his film “Beyond the Clouds” at the 5th Bosphorus Film Festival where it had its Turkey premiere, Majid Majidi’s latest film “Sun Children” is the story of Ali and his three friends who work hard to earn their living. 12-year-old Ali and his friends do small jobs in a garage and commit petty crimes to make fast money. Depicting their struggle to support their families, the film shares with us the four friends’ adventure towards accessing an underground treasure.

First Iranian director to have an Oscar nomination with his “Children of Heaven”, the latest film of Majid Majidi who is well-known to Turkish audiences with his movies including “Baran”, “The Colour of Paradise” and “The Song of Sparrows”; “Sun Children” is having its Turkey premiere at the 8th Bosphorus Film Festival.

8th Bosphorus Film Festival will be organized by Bosphorus Culture & Art Association from 23-30 October in Istanbul.