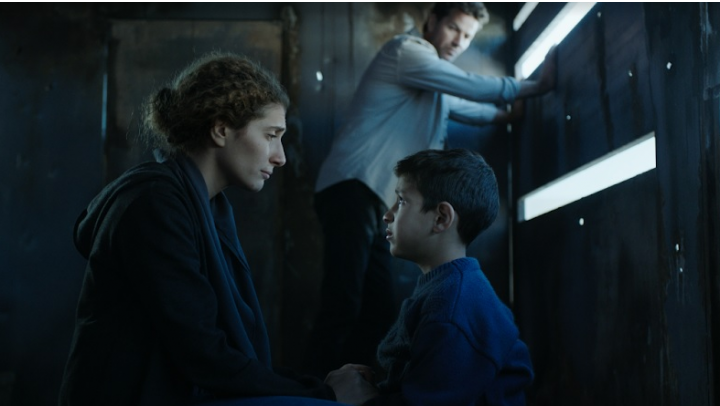 Films to Compete For

The films to vie for the Best Film Award worth 100,000 TL at the National Feature Film Competition of 8th Bosphorus Film Festival has been revealed.

Organized with the contribution of Republic of Turkey Ministry of Culture and Tourism, General Directorate of Cinema, and support of Global Communication Partner; Anadolu Agency, the National Feature Competition Programme has been revealed of 8th Bosphorus Film Festival, which will run from October 23-30. Within the highly anticipated National Competition Programme, one film will win the 100,000 TL worth “Golden Dolphin” award.

10 Films will be Competing for “Golden Dolphin”

10 films to be judged by the National Feature Film Competition jury are Derviş Zaim’s “Flaşbellek”, the story of a wounded Syrian soldier who risks his life to stop the bloodshed in his country; Orçun Benli’s “Gelincik”, the story of Ayhan, a young ex-policeman and his struggle to adapt himself to his new life in a forest house while waiting for his daughter to arrive; Erdem Tepegöz’s “Gölgeler İçinde”, a skeptical story focusing on the lives of a group of workers in a dystopic world -which will have its world premiere at 42nd Moscow Film Festival-  Ensar Altay's “Kodokushi”, a documentary focusing -on the basis of a Japanese tradition- on the friendship of Norihito; a cleaner who is specialized in cleaning the apartments of the recently deceased and elderly Muramatsu who is in search of a reason to exist; Barış Gördağ and Yasin Çetin’s “Koku”, the story of a little girl living with her deaf-mute grandmother and Ilhan, a philosophy teacher based in Istanbul; “Kumbara”, by Ferit Karol, focusing on Orhan; and his relationship with his family during troubled times; Fatih Özcan’s “Mavzer”, the story of a man willing to buy a mauser to protect his sheep from the wolves and his relationship with his son and brothers -which had its world-premiere at 26th Sarajevo Film Festival-; Ercan Kesal’s “Nasipse Adayız”, adapted from the novel with the identical name, a tragicomic single-day story of Doctor Kemal Güner, who is a candidate for nomination of a district mayor in Istanbul; Reis Çelik’s “Ölü Ekmeği”, the story of a poet-singer and his disciple that had its world premiere at 32nd Tokyo Film Festival, and lastly Ahmet Sönmez’s “Sadece Farklı”, the portrayal of a high-functioning autistic father and his "normal" son.

Best National Film will be Granted with an Award worth 100,000 TL!