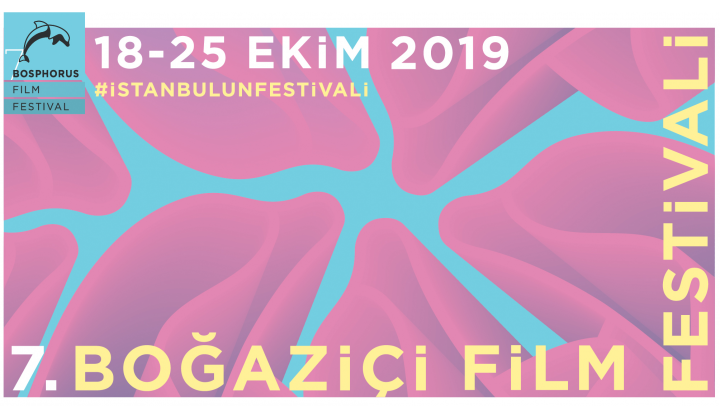 Films vying at the 7th Bosphorus Film Festival are revealed!

Films vying at the 7th Bosphorus Film Festival are revealed!

Press Conference of 7th Bosphorus Film Festival to kick off on October 18 and continue until October 25 has been realized on October 1, Tuesday.

The festival president, Ogün Şanlıer started his opening speech by expressing the honor hosting in Istanbul the influential, master figures both from national and international cinema. Emphasizing that this year’s festival slogan is “Istan-bul’s festival”, Şanlıer revealed that they had received 58 applications this year for the national feature competition.

Announcing the competition juries and titles, Emrah Kılıç, the Artistic Director of the festival, emphasized that the festival committee has prepared an outstand-ing programme, underlining the significance of the seventh edition.

A Very Special Film Will Open the Festival

This year, Bosphorus Film Festival will bring to the cinephiles a very special opening film. The closing film of 72nd Cannes Film Festival, “The Specials”, di-rected by Eric Toledano and Olivier Nakache duo, and starring the famous actor Vincent Cassel will be screened right after the opening ceremony on October 18. Based on a true-life story, the film is about two idealist characters who have dedicated their lives to the young people with autism. Dealing with the social issues and starring famous actors such as Vincent Cassel and Reda Kateb is one of the most awaited films of the festival.

9 Films Vying for the Golden Dolphin
One film will be granted with the Golden Dolphin award worth 100,000 TL at the National Feature Film Competition, where the outstanding films of the year will compete. Presided by Mahmut Fazıl Coşkun, the National Feature Film Competi-tion jury members; the actress Cemre Ebuzziya, screenwriter, art director, and photographer Ebru Ceylan, author Mustafa Çiftçi and actress Nalan Kuruçim will select the best national film of the year. This year, 9 films will be judged by the jury; “Aidiyet” by Burak Çevik, “Bağlılık-Aslı” by Semih Kaplanoğlu, “Dilsiz” by Murat Pay, “Kapan” by Seyid Çolak, “Karınca” by Nazif Tunç, “Kızım Gibi Kokuy-orsun” by Olgun Özdemir, “Kovan” by Eylem Kaftan, “Nuh Tepesi” by Cenk Ertürk, and “Uzun Zaman Önce” by Cihan Sağlam.
“Dilsiz”, “Kapan” and “Kızım Gibi Kokuyorsun” will have their Turkey premieres; whereas “Karınca” will have its world premiere at the 7th Bosphorus Film Festi-val.

The remaining films will all be having their Istanbul premieres; and FIYAB Jury, composed of the members; Ahmet Edebali, Osman Subaşı and Ramazan Arman will judge the first and second-time feature film producers to determine the winner of “FIYAB Best Producer Award”.

5 Awards from the International Film Competition

International Competition films at the 7th Bosphorus Film Festival have also been revealed. Having had their world premieres at the international festivals, the films in this section will be vying for five categories; Best International Feature Film, Best Director, Best Actress, Best Actor, and Jury Special Prize.

This year, under the presidency of the Filipino director Brillante Mendoza; the competition’s jury will consist of Bassam Ali Jarbawi, who won the Best Film Award at International Feature Competition section of 6th Bosphorus Film Festi-val with his film “Screwdriver”; Durban Film Festival Director Chipo Zhou; Melisa Sözen, and outstanding actress who has successfully participated in many na-tional and international projects; and Milko Lazarov, well-known with his film “Aga”. The Best Film of the competition will receive a monetary award worth 50,000 TL; that will be determined by International Feature Film Jury.

9 films that have been awarded by many festivals including Cannes, Karlovy Vary, Busan, and Sarajevo, will be competing at the international competition section of the festival. This year, the films vying at the International Feature Film Competition will have their Turkey premieres at the Bosphorus Film Festi-val, and Iranian director Parviz Shahbazi’s latest film “Talla” will have its interna-tional premiere.

Bringing the best, awarded works from Turkey and the world cinema to the ci-nephiles, the 7th Bosphorus Film Festival will showcase a total of 83 films from 25 countries!

In addition, one film selected from any of the short competition categories to be determined by the short fiction and documentary juries will be the winner of a 25,000 TL worth Ahmet Uluçay Grand Prix. The award given for the seventh time this year in honor of Ahmet Uluçay, who had realized creative short films despite the limited resources, is a traditionalized award now.

A Special Selection for the Documentary Fans!
Gathering a special selection of the significant documentaries of the year, focus-ing on various subject matters, “The World of Documentaries” section will show-case 6 films this year.

The winner of Jury Special Prize at Sundance Film Festival, and also Macedonia’s Oscar entry, “Honeyland” by Tamara Kotevska and Ljubo Stefanov; “Kabul; City in the Wind” by Aboozar Amini; “Immortal” by Ksenia Okhapkina, a film that had its world premiere at Karlovy Vary Film Festival; Patricia Marcoccia’s “Shut Him Down: The Rise Of Jordan Peterson”; an adaptation of the life-story of the best-seller writer Jordan Peterson, a film that has been widely discussed regard-ing its political criticisms; an Oscar-winner, famous director Ron Howard’s “Pava-rotti”, a biography based on the life-story of the Italian opera artist Luciano Pa-varotti; and “Andrey Tarkovsky: A Cinema Prayer”, focusing on the life and works of the giant filmmaker; Andrey Tarkovsky; are the titles the documentary lovers should not miss.

A Long March goes on!

Focusing on the refugee problem –as the most important problem of the 21st Century- and the matters of migration and rootlessness, “A Long March” section of the Bosphorus Film Festival, will showcase 3 films. “The Rest” by the famous artist and activist Ai Weiwei; Ben Lawrence’s “Hearts and Bones”, that was screened for the first time in Toronto Film Festival, starring Hugo Weaving; and a Jordanian director with Palestine origin, Dina Naser’s “Tiny Souls”, a film doc-umenting the three Syrian refugee’s lives in Jordan will be this section’s films.

Bosphorus Film Festival Celebrating its seventh year with the masters!

Bosphorus Film Festival is celebrating its seventh year with David Fincher’s cult film “Se7en”, a story about a serial killer’s murdering of the committers of the 7 deadly sins with his own methods; Ingmar Bergman’s “Seventh Seal”, a 1957 film regarded as one of the most important films of the film history, and Akira Kurosawa’s peak of his career, “Seventh Samurai”, a 1954 production.

Silent breath of the cinema; Kim Ki Duk, one of the pioneer directors of the South Korean cinema known with his unique style, Kim Ki Duk is coming to Tur-key to receive Honorary Award from the 7th Bosphorus Film Festival. Having cre-ated his own film language within his long filmmaking career, Kim Ki Duk has received many awards from the prominent film festivals including Berlin, Venice, and Cannes. And a special retrospective will be presented to the audiences with-in the festival. In addition to “The Net” and “Pieta”, “Human, Space, Time, Hu-man” that was a part of Berlin Film Festival will be screened for the first time in Turkey. Having a Master Class within Bosphorus Film Lab, the director will be presented with the Honorary Award at the closing ceremony.

Sunset at the Festival Poster

This year’s festival poster brings the color tones of the Bosphorus sunset togeth-er with turquois. Featuring seven dolphins symbolizing the seventh year of the festival, the poster has been designed by the artist Ege Öztayfun.

Just To Bring Everyone to Films!

Organized by International Bosphorus Cinema Association and Istanbul Media Academy, 7th Bosphorus International Film Festival will run this year from Octo-ber 18-25, 2019 and the screenings will take place in Atlas, Beyoğlu and Kadıköy movie theatres. The tickets for all short film screenings will be available for 5 TL, and for feature films, regular tickets for 12.00, 14.00 and 16.00 screenings will be available for 10 TL and for 19.30 and 21.30 screenings, 15 TL. Student tickets will be available for 5 TL for all the feature screenings. Starting from October 7, the festival tickets will be on sale at biletinial.com.
7th Bosphorus Film Festival is organized with the support of Republic of Turkey Ministry of Culture and Tourism, General Directorate of Cinema, TRT as the In-stitutional Partner, Anadolu Agency as the Global Communication Partner and Türk Medya as the Institutional Communication Partner.