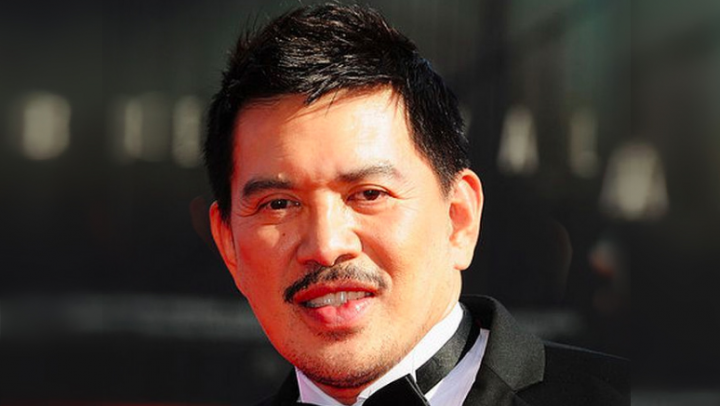 International Feature Competition Jury of the festival - that will run on October 18-25 - will be presided by the master Filipino screenwriter and director Brillante Ma Mendoza, a Cannes veteran well known with his works including “Masahista”, “Taklub”, “Kinatay” and “Ma’Rosa”.

Centering his films around the experiences of living people, the master director had won awards from many international festivals thanks to his unique cinematography and editing style. Having won “Best Director Award” at Cannes Film Festival in 2009 with his film “Kinatay”, Mendoza is well-known with his films focusing on the real-life stories that depict Filipino society.

As the first Filipino director who has been decorated with the title “Chevalier dans l'Ordre des Arts et des Lettres” from France, Mendoza has sit as a Jury President in various film festivals all over the world for his achievements and stature in world cinema.

Organized with the contribution of Republic of Turkey Ministry of Culture and Tourism, General Directorate of Cinema, and with the support of TRT as the Institutional Partner, Anadolu Agency as the Global Communication Partner, 7th Bosphorus Film Festival will be held on October 18-25.

One of the most prominent and important Filipino filmmakers today. He is the first Filipino to compete and won in 3 major international film festivals. His film, Captive, competed in coveted Berlin International Film Festival in 2012, while Tirador (Slingshot) won the Caligari Film Award in 2007. Thy Womb, on the other hand, won the La Navicella Venezia Cinema Award in the equally prestigious Venice Film Festival in 2012, while Lola was nominated for the Golden Lion in 2009. But his most notable achievement is when he won the elusive Best Director in the well-renowned Cannes Film Festival for the film, Kinatay in 2009. The year before, his film, Serbis (Service) was nominated for the acclaimed Palme d’ Or Award. In 2016, his film MA' ROSA won the Best Actress Award(Jaclyn Jose) in Cannes Film Festival. The film has been Philippines' entry to 2017 Oscars. Known to his peers as Dante, he started as a Production Designer in various films and Television advertisements. In 2005, he founded Centerstage Productions (CSP), an independent film production outfit that aims to rethink and rebrand Filipino cinema by producing meaningful and relevant films. His debut film, Masahista (The Masseur) immediately won the Golden Leopard Award in the 2005 Locarno International Film Festival in Switzerland and paved the way for the rise of Alternative Cinema in the Philippines. Since then, Mendoza has produced a body of work that garnered awards and recognitions from local and international film festivals, including his recent achievement in the Asia-Pacific Screen Awards for Thy Womb; Asia-Pacific’s equivalent to the Oscars. His works launched a yearly retrospective in Europe, Asia and Russia where the world’s film critics regard him as a “neo-realist” for depicting social realities and lives of ordinary people in extraordinary situations. Also, the French government decorated Brillante Ma Mendoza with the Chevalier dans l’Ordre des Arts et Lettres or Knight of the Order of Arts and Letters. No Filipino director has been accorded the singular distinction of being ranked with the likes of renowned filmmakers, Bernardo Bertolucci and Dario Argento. His movie “Alpha: The Right to Kill” recently won a Special Jury Prize at the Bucharest International Film Festival. This film also won last year a Special Jury Prize at the San Sebastian International Film Festival in Spain. Mendoza’s films are commercially shown in Europe, affording the cinema-loving audience a glimpse of contemporary Philippine society.